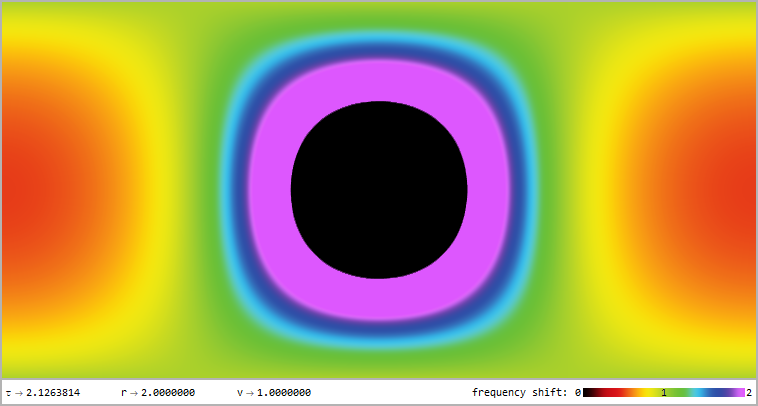 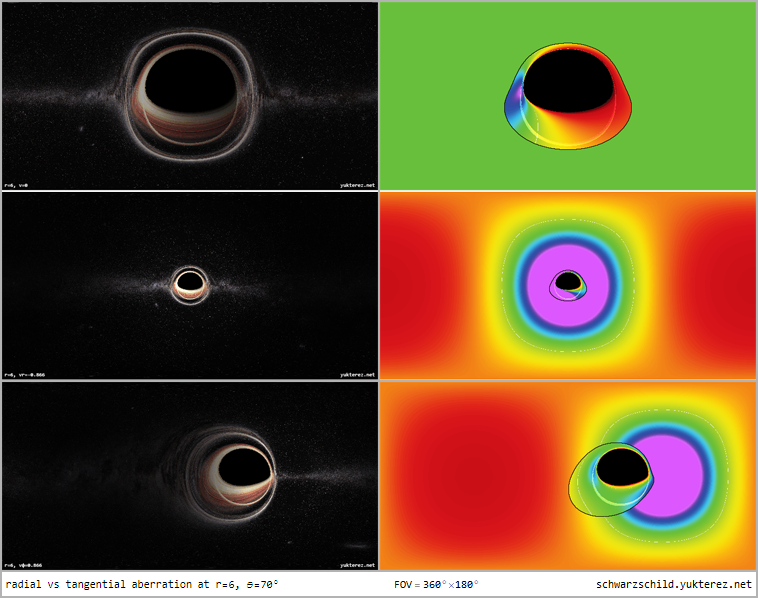 Optical distortion of a sphere with r=1.0001rs, observer at R=17.5rs: due to gravitational lensing the back of the sphere is also visible

Ray bundle with impact parameter b=√27≈5.2GM/c² (the apparent radius of the black hole from the perspective of the far away observer)

Metric tensor in Schwarzschild coordinates {t,r,θ,φ}; superscripted letters are not powers but indices:

The required radial velocity to get from r0 to r1 is

and the escape velocity from r0 to infinity

Circular orbit velocity, at the photon sphere at r=3rs/2 it is the speed of light: